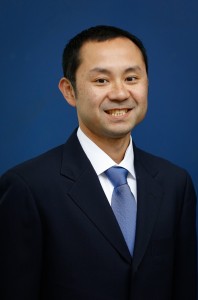 Masayuki Fujihashi, Doctor of Naprapathy, earned a bachelor of science (BS) in Athletic Training from The University of Iowa in 2000 and became a certified athletic trainer (ATC) from National Athletic Trainers’ Association in 2001. He graduated from DePaul University with a master of education (MEd) in Educational Leadership emphasis on Physical Education in 2003. His doctorate in Naprapathic Medicine (DN) was eared from National College of Naprapathic Medicine in 2010. He is board certified and licensed to practice Naprapathy and Athletic Training in State of Illinois.

He also earned a certification of Performance Enhancement Specialist (PES) from National Academy of Sports Medicine (NASM) in 2006. In 2016, he earned a certification of Postural Restoration Trained (PRT) from Postural Restoration Institute (PRI). Fujihashi believes that education is very important to provide the best service to our clients. Therefore, he has had extensive post graduation education to improve his knowledge and skills. He has learned Dynamic Neuromuscular Stabilization (DNS) from The Prague School of Rehabilitation and Manual Medicine and also theories and methodologies from Postural Restoration Institute (PRI).

Fujihashi is originally from Tokyo, Japan and lived in The United States for 22 years. He fluently speaks English and Japanese.